The bar charts below show the Marriage and Divorce Statistics for eight countries in 1981 and 1994.

Write a short report for a university lecturer describing the information shown below. 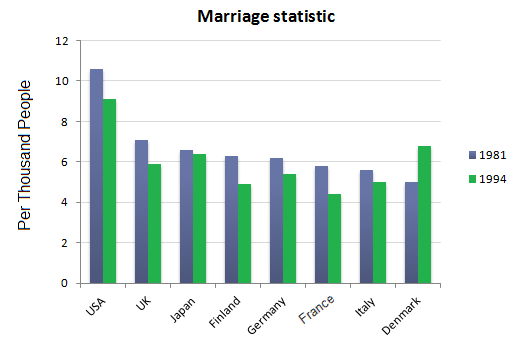 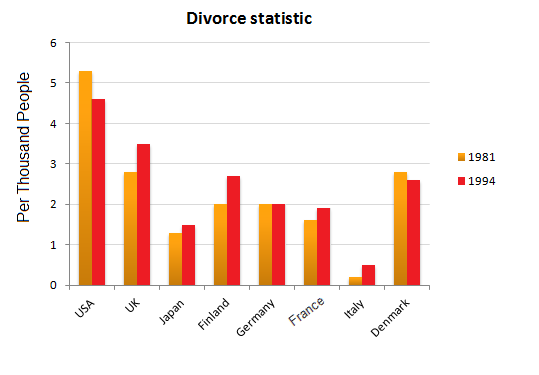 Sample Answer:
The given bar graphs show information on marriage and divorce in eight countries for the years 1981 and 1994. As is observed from the presentation, the marriage rate in all the countries except Denmark decreased over time while divorce rate has increased in five out of eight countries.

From the divorce statistics, we can see that the highest rate of divorce was in the USA which was more than 4 per thousand. The divorce rate increased in 1994 compared to the rate in 1981 in all the countries except in the USA and Denmark. Italy had the lowest divorce rate among the given countries and there was no change of this rate for the given 2 years in Germany.