The diagram below shows the water cycle, which is the continuous movement of water on, above and below the surface of the Earth. 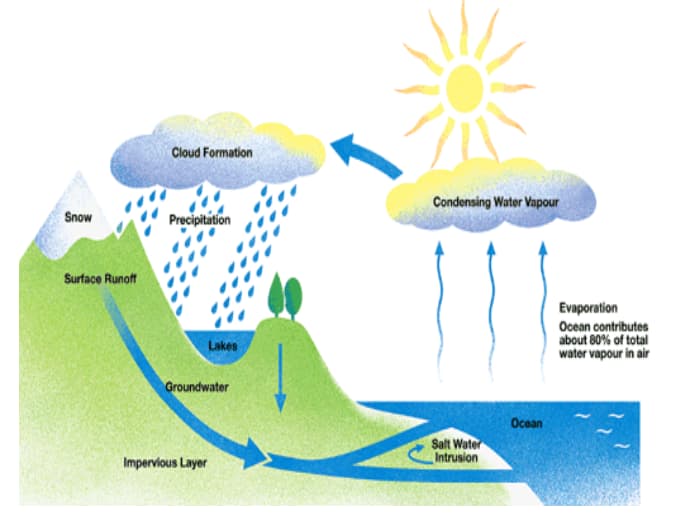 The chart illustrates the circulation of water in nature.

Overall, it is clear that there are three main stages in this process, beginning with the evaporation of water and the formation of a cloud. The next step shows the water‘s journey after falling to the ground and the process ends with saltwater intrusion.

At the first step of the process, as a result of the sun ‘s heat, water evaporates into the air. It is estimated that 80% of total water vapour is taken from the ocean. Following this, a cloud is formed by the condensation of water vapour.

In the next stage, the heavy clouds cause rain or snow. Water from the precipitation partly pours into the lakes or can be absorbed into the ground. The surface runoff which is made from rainwater creates the groundwater and then flows back to the ocean without reaching the impervious layer. The final stage of the process is the saltwater intrusion where water from the ocean moves to the freshwater aquifers.