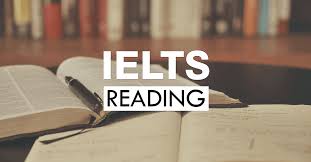 You should spend about 20 minutes on Questions 15-27, which are based on Reading Passage 2 below.

A not liar intelligence?

A. Emotional Intelligence as a theory was first brought to public attention by the book Emo­tional Intelligence, Why It Can Matter More Than IQ by Daniel Coleman, but the theory itself is, in fact, attributed to two Americans, John D. Mayer and Peter Salovey. What is emotional intelligence exactly? According to Coleman, Emotional Intelligence consists of five key elements. The first is knowing one’s own emotions: being able to recognise that one is emotional and having the ability to identify which emotion ls being experi­enced, even If it is not a particularly comfortable feeling to admit to, e.g. jealousy or envy.

B. Emotional awareness can then lead to managing one’s emotions, This Involves dealing with emotions, like jealousy, resentment, anger, etc., that one may have difficulty accepting by, perhaps, giving oneself comfort food, or doing nice things when one is feeling low. Many people do this instinctively by buying chocolate or treating themselves; others can wrap themselves in positive thoughts or “mother themselves”, There are, of course, ninny people who are incapable of doing this, and so need to be taught. The third area is self­ motivation. Our emotions can simultaneously empower and hinder us, so it is important to develop the ability to control them. Strategies can be learnt whereby emotions are set aside to be dealt with at a later date. For example, when dealing with the success or good for­tune of others, it Is better not to suppress any “negative” emotion that arises. One just has to recognise it is there. And then one just needs to be extra careful when making decisions and not allow one’s emotions to cloud the issue, by letting them dictate how one functions with that person, The separation of logic and emotion is not easy when dealing with people,

C. As social beings, we need to be able to deal with other people which brings us to the next Item on Goleman’s list, namely: recognising emotions in other people. This means, in ef­fect, having or developing “social radar”, i.e. learning to read the weather systems around individuals or groups of people. Obviously, loading on from this is the ability to handle a relationship, if we can recognise, understand and then deal with other people’s emotions, we can function better both socially and professionally. Not being tangible, emotions are difficult to analyse and quantify, compounded by the fact that each area. In the list above does not operate in isolation. Each of us has misread a friend’s or a colleague’s behaviour to us and other people. The classic example Is the shy person, categorised by some people as arrogant and distant and by others as lively and friendly and very personable. How can two different groups make a definitive analysis of someone that is so strikingly contradict­ory? And yet this happens daily in all our relationships – even to the point of misreading the behaviour of those close to us! In the work scenario, this can cost money. And so it makes economic sense for a business to be aware of it and develop strategies for employing people and dealing with their employees,

D. All common sense you might say. Goleman himself has even suggested that emotional in­telligence is just a new way of describing competence; what some people might call savoir-faire or savior-vivre. Part of the problem here is that society or some parts of society have forgotten that these skills ever existed and have found the need to re-invent them. But the emergence of Emotional Intelligence as theory suggests that the family situations and other social interactions where social skills were honed in the past are fast disappear­ing so that people now sadly need to be re-skilled.

Choose one phrase (A-I) from the list of phrases to complete each key point below.

Write the appropriate letters (A-I) in Boxes 15-19 on your answer sheet.

The information in the completed sentences should be an accurate summary of the points made by the writer, There are more phrases (A-I) than sentences, so you will not need to use them all.

You may use each phrase once only.

16. One aspect of managing one’s emotions …

18. The ability to recognise emotions in other people …

A. empowers and hinders us

B. means many people eat chocolate

C. involves both recognition and Identification

E. is achieved by learning to control emotions

F. is the key to better social and professional functioning

I. is that some emotions are difficult to accept

20. Emotional Intelligence as a theory …

A. is attributed to Daniel Golem

C. is attributed, to Mayer and Salovey

D. consists of in the least live key areas

21. One way of controlling emotions is to …

B. suppress tile negative ones

C. put theft in thy side to deal with later

D. use both logic and emotion

22. As well as being intangible, the problem with emotions is that they

B. are difficult to qualify

C. does not operate in isolation

B. know about people’s emotions

C. employ and deal with employees

25. The fact that the Idea of Emotional Intelligence has emerged suggests that social interactions…

A. happen In the family

B. need to be re-skilled

26. Misreading the behavior of others

A. is most common wills those dose to us

B. is always expensive

C. is a classic example

Does the statement below agree with the information in Reading Passage 2? In Box 27,write:

NO, if the  statement contradicts the information in the  passage

15. Answer: C. The answer is in the first paragraph. G is incorrect because it is the opposite of what the text says.

16. Answer: I. The answer is in paragraph 2, in the second sentence. B. is incorrect because it is not mentioned as an aspect of management of one’s emotions but as a means of managing them.

17. Answer: E. The answer can be found in the second part of paragraph 2, and is a paraphrase of the sixth sentence. A is incorrect, as it is our emotions that arc said to empower and hinder us.

18. Answer: H. The answer is at the start of the third paragraph.

19. Answer: F. The answer is in the fourth sentence of paragraph D is incorrect because it is emotions that arc said to be not tangible, not handling relationships. It is important to be very wary of words or phrases that arc lifted directly from the text. They are often put in the wrong context.

20. Answer: C. The answer is in the first paragraph, in the latter half of the first sen­tence. Alternative D is not possible, because It says at least 5, while the text says 5.

21. Answer: C. The answer can be found in paragraph A Is not possible, as the text advises against suppressing or hindering emotions. The same applies to B. D does not make sense.

22. Answer: C. The answer is in the fifth sentence of the third paragraph, A Is incorrect, because the text does not say this, and It Is incomplete. B. is incorrect because the text says quantify and the exercise D is not the right answer, because it is not complete and Is nonsense.

23. Answer: D. The answer is in the third paragraph, in the second sentence from the end. A is not stated. B. is incorrect because the text says … can cost money …i.e. not always. C is a phrase from the text but is not used in the right context here.

24. Answer: B. The answer can be found in the last sentence of the third paragraph. Alternative A is not mentioned In the text and the words included In C appear in the text, but do not fit here. D Is grammatically Incorrect.

25. Answer: A. The answer is in the second sentence of the penultimate paragraph. The other alternatives arc obviously wrong

26. Answer: C. The answer is in the last paragraph, in the last sentence, becoming less frequent is a paraphrase of fast disappearing. A is untrue because the text does not say this. B. is incorrect, because it is people who need to be re-skilled, and D does not make sense.

27. Answer: Not Given. The answer can be found in the last paragraph. The author says it is sad that people need to be re-skilled, but does not mention whether the lack of Emotional Intelligence will lead to anything. 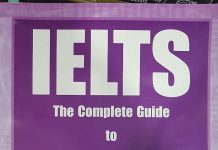 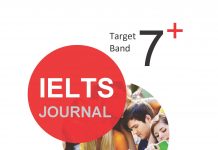