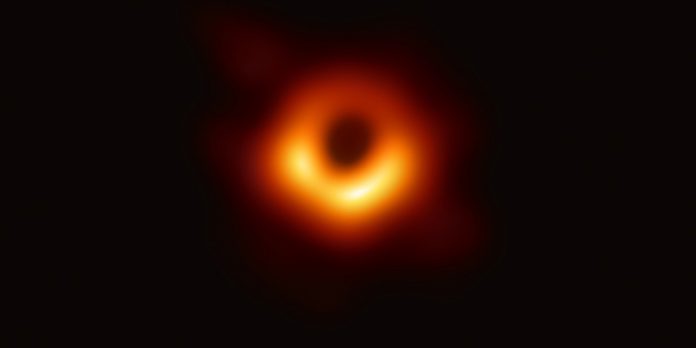 First direct visual evidence of the universe’s most mysterious object is a milestone that will ripple into new research and teaching, say U of A astrophysicists. 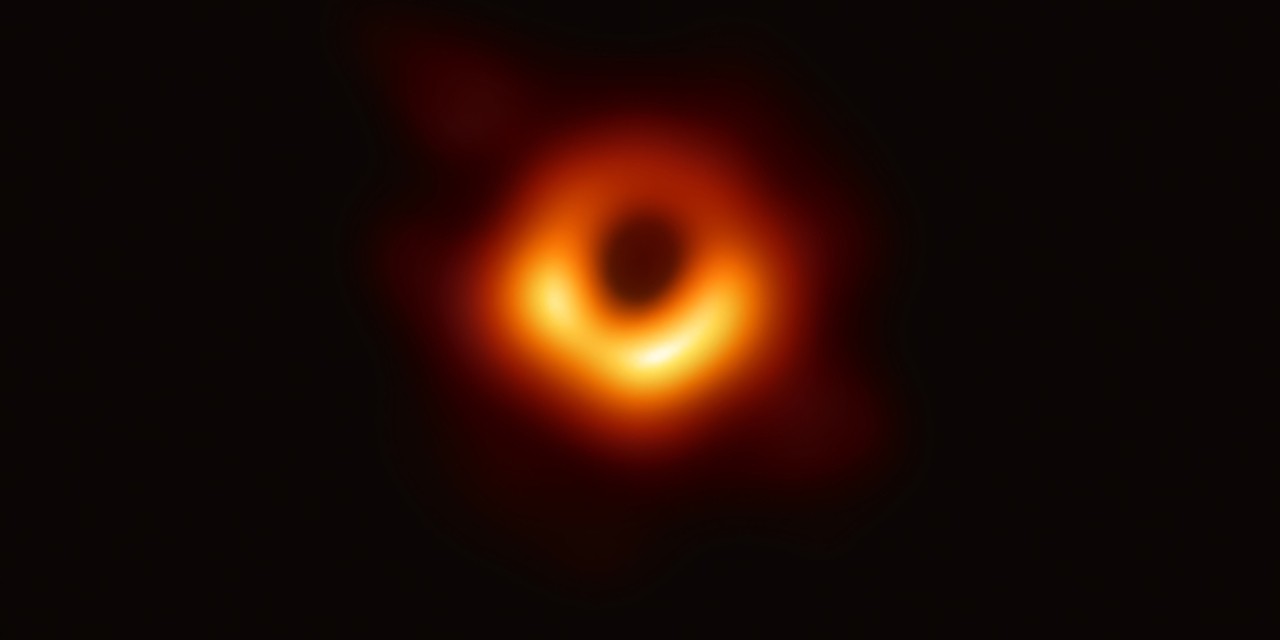 The first image ever captured of a black hole shows the event horizon, outlined by light emitted by superheated gas swirling around the black hole before it is pulled in by the object’s immense gravity. (Photo: EHT Collaboration)

The first ever image of a black hole is a milestone in astronomy that could lead scientists down new paths of research and offers a valuable teaching tool about the universe’s most mysterious object, say two University of Alberta researchers.

“We’ve been talking about black holes for a long time, but we’ve never really had this kind of evidence that they truly exist,” said astrophysicist Sharon Morsink, professor in charge of the U of A’s Astronomical Observatory. “It’s nice to get something concrete.”

The image comes from a study released today that involved hundreds of scientists worldwide.

Because black holes have such strong gravity that not even light can escape them, the object itself appears as a circular void surrounded by a “ring of fire”—a donut-shaped halo of light emitted by superheated gas.

What the image very likely shows is the event horizon—the point at which material swirls around the super-dense black hole before being pulled in like water down a drain.

From what he’s seen so far, U of A astrophysicist Gregory Sivakoff said the photo seems to confirm prevailing theories about black holes—including the general theory of relativity Albert Einstein first posited in 1915 to explain how gravity works.

“We’re not at the point yet where we’re seeing departures from what we expect,” noted Sivakoff, whose own research has helped reveal new insights about black holes. “But there are details coming out that are quite informative.”

Morsink agreed the image will give scientists new avenues to confirm or refine existing knowledge about black holes.

“For instance, there’s going to be better understanding of what the spin of this black hole is,” she said. “There may be better understanding of the magnetic fields around it, and how they relate to the jets we’ve seen coming out of black holes. This observation also provides a pretty good indirect way to figure out what the mass of the black hole is, so it may suggest one method of estimating the mass is doing a better job than another.”

Apart from this first look, Sivakoff said further observations of the M87 black hole and others could also yield better information about how they behave.

“One of the things I’m most interested in is seeing is how these images might change over time. These black holes eat nearby material—and this one is actively feasting. It’s possible that we may see some interesting things about what it’s eating.”

And though the new image doesn’t seem to put the lie to current theories, Sivakoff said objects like black holes offer the best chance of finding new evidence that could change what we know about physics.

“When we have something as central as the general theory of relativity, you want to test it in extreme circumstances, in places where it might fail. Because if we find it to fail, that’s when we learn the most interesting things.

“Even though in this case it hasn’t failed so far, these tests that push the limits are important,” he said.

For Morsink, who teaches a graduate course and a massive open online course about black holes, the new image also gives her a new tool to help her students push the limits of their own knowledge.

“Yesterday was the last day of class in the grad course, but I’m meeting with the students on Thursday to talk about these findings. And I’m writing a few paragraphs for the first-year course explaining what’s cool about this and how it relates to what we’ve already done in the course.

“This is something that now has to go in all the courses.” 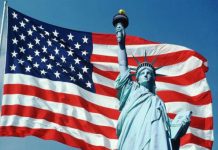