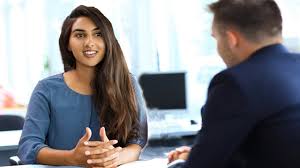 Describe one of your childhood memories.

and explain why you still remember it.

Sample Answer 1:
Childhood memories are strange things because sometimes you can’t quite be sure if you really remember something, or if you just think you do because others have told you about it, or you have seen a photo of the event later on. I’m going to talk to you about a memory that I’m very confident is real. I’ll tell you what it is, when it happened, how it affected me and why I still remember it. Thank you for this great cue card topic.

The memory is the earliest one I have of me and my Dad. I was very small indeed, I’m not exactly sure how old, but I’d guess about three years old, maybe even younger. My Dad was not a particularly tall or strong man, but I was small enough, and by comparison, he was big enough then for me to stand with both my feet on one of his and to reach up with my arms and cling onto his leg. I would then hang on and laugh delightedly as he tried to go about his daily business, walking around the house with me gripping on tightly refusing to be budged. It was a favourite game.

I don’t know that I can honestly say it affected me in my life. These days our family members don’t live particularly close to one another; so see each other rather infrequently. I suppose the way the incident affected me was by making me at a subconscious level feel close to my dad even years later as we had shared that happy play time together when I was tiny.

I didn’t know I had held onto this memory until quite recently.  Sadly my dad died, he had been very ill for a long time, so it wasn’t unexpected, but of course, it was very sad. I wanted to say something about him at his funeral, and I wanted to pick a memory that was personal just to him and to me. For some reason that image of me tiny and laughing and him solemnly ‘pretending’ that he hadn’t noticed I was there came into my mind and it seemed very appropriate somehow to share that one. It was a happy memory, but also an intimate one. I think he would have been really pleased that I could recall it so many decades later.

So why can I remember it?  I’m not sure, but I like to think the memory was there dormant all the time just waiting for the moment when I needed to retrieve it. It is a comforting thing to recall. The human mind is an amazing thing and so is our childhood!

Cue Card Answer 2:
I still remember many childhood memories and some of them had a profound impact on my life. Sometimes those memories appear so lucid that it seems only a few days ago! Anyway, a childhood memory that I can still remember so vividly is when I observed a few dead people for the first time in my life. I would like to take the opportunity to talk about it.

I was then seven or eight years old and was in grade three in my school. One day I heard that a devastating accident had occurred near our house. My mother asked me whether I wanted to go or not! I agreed to go as I thought it would be an exciting experience – only if I knew! I went with my mother and a few neighbours and speculated lots of thing about the accident but when I watched 10 dead people lying on a nearby playground and among them two were kids, I was confounded about the whole event. I started feeling sick and very devasted. This was, in fact, too much for me to digest.

I had no idea how devastating the accidents could be. The dead people, especially the dead bodies of two kids, stroke me really hard. I noticed many people were shocked by the outcome of the event and many of them were discussing how this terrible accident might have happened. I and my mother returned home and I was unwell for about a week. I asked my mum and dad several realistic and nonsensical questions after I recovered from the initial shock. Some of their replies were quite hard for me to understand and yet something inside me had changed and that change was permanent. Sometimes I wonder if the changes were for bad, but now I realise it was for good.

This memory is important to me because it helped me to think about life in a different way. Some even thought my mother shouldn’t have taken me there but due to this event, I could realise at an early age what the dead is and how fragile our lives are. This memory helped me to grow faster and opened my eyes to this flamboyant yet a transient world.

Cue Card Answer 3:
I was born in a beautiful suburban area called … (…say your birthplace name…) and the place was full of magic and wonder. I spent my entire childhood there and the place is filled with my childhood memories. Childhood, is perhaps, the most enchanting and beautiful time in our lives and I cherish my childhood memory very much. One particular memory of my childhood I would never forget is the time I first saw the devastating effect of the accident. This event has a significant importance in my life.

Like most other school going kids, I wanted to be the Superman or the Spiderman in life. The life was full of dreams and fantasy. One day I was walking with my mum and heard from the neighbours that a severe accident has happened nearby. I was bit confused what was it all about. Finally, I and my mum reached the place where the accident took place. We saw that people had made a crowd around the victims who were already dead. I observed the dead for the first time in my life. We did not stay there for a long. After returning home I felt sick. Later on, I started realising that our lives are fragile and are not eternal. We all will die someday no matter what we think we are.

That event helped me grow up quickly and become stronger mentally. Not that I became pessimist from the event, but a realisation always knocked me. I started changing some of my silly attitudes after the event. I started caring for my parents, relatives, and never harmed a defenceless creature. I learned that our days are numbered and we’ve to make the best use of it. I was so deeply touched that I started praying every day and became kind even to the kids who were hostile to me. Some people might think that the event was devastating for a kid, but to me, it revealed reality in front of me.

Start this cue card answer with a very brief of your childhood and how much you cherish your childhood. Mention that you have many childhood experiences that you can remember and you would like to talk about this particular one.

You can say one of the following positive experiences from your childhood:

If you want to talk about a negative experience or memory of your childhood you can pick one of the following topics as well:

1. One of your close relatives died and you were very sad.
2. You had to watch a devastating incidence that you still can’t forget.
3. Your first experience of sinking in water, being hit by a car, falling from a building etc.
4. Your fight with a neighbouring kid.
5. You had to leave school and friends and you felt very bad about that.

Q. Why childhood is important?
Answer: As far as I’m concerned, childhood is the purest and happiest period of human life without any concerns, stress and wickedness. Every child is carefree and two thing that matters to them are playing and enjoying. In addition, as youngsters are fluid and flexible in the way they approach things, everyone, especially parents, should spend constructive times with them because this is the period of life for learning and absorbing things in order to form their character and personality. More precisely, longitudinal research has shown that a person’s successes, health and emotional wellbeing have their roots in early childhood.

Childhood experiences define the way we behave and react in certain circumstances in later stages in our lives and our cognitive developments occur faster at that time. Childhood is a magical stage in our life and has an immense importance for the later stages of our lives.

Q. How did you spend your childhood?
Answer: I spent my childhood by playing most of the time and then
being with my family and friends. I had many friends and we used to gather and play in our yards, especially hide and seek. I remember I didn’t like the fact that I always got caught by my friends. When I was at home, though, I did the drawing, painting and dancing most the time. So, I would say that I really enjoyed my childhood and the most vivid thing that I still remember is my mother begging me to complete my homework. My parents were so caring and loving and I always loved to visit different places with them.

Tip: You can talk about your childhood by mentioning your hobbies, your school, siblings, friends or even pleasant or unpleasant situations you had.

Q. Who was your childhood hero? Did you want to be like him/her?
Answer: When I was a child my hero was the Superman. As I can remember, there was a TV series called ‘Smallville’ and the leading character in this TV series was a teenage boy whose name was Clark Kent. Clark was adopted and he had superhuman’s powers and I was entirely surprised by that because he was saving people all the time using his power. But as a little kid, the thing that impressed me the most was that he wasn’t only saving good people but also the bad one who tried to hurt him and his beloved ones. Although he was my hero, I didn’t want to be like him but like his girlfriend, Lana Lang, you know this is natural for a girl of my age. After this show, I always wanted to have a superhero in my life and Superman was an indispensable part of my early childhood.

Tip: Mention your own hero and describe him/her and his/her achievements. If you didn’t have any heroes, you can just say about common heroes such as Superman, Batman, Spiderman or even your parents and relatives. Just tell the examiner the reason why he or she was your hero and why you wanted to be like him/her. 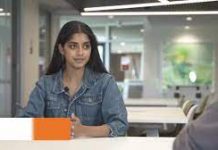 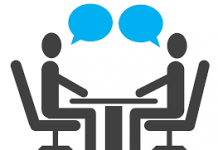 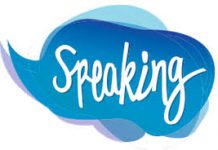 Speaking test: Describe a time when you taught an older person something new 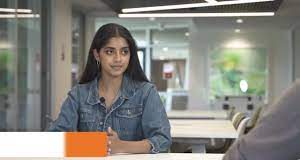 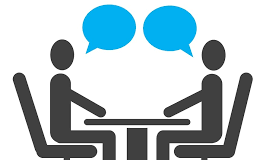 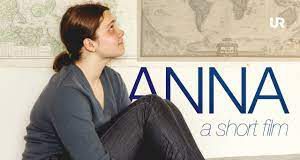